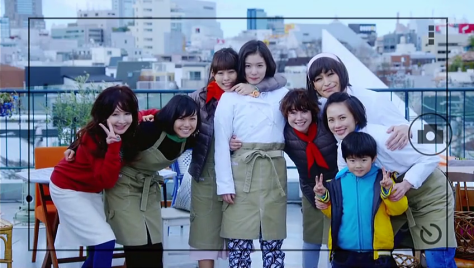 In spite of my less than stellar first impression of Mondai no Aru Restaurant, it was a show I found myself going back to every week, mostly out of curiosity, but eventually out of genuine excitement. From its food to its characters, Mondai no Aru Restaurant managed to worm its way into my heart over its ten episode run and while I think Sakamoto Yuji can (and has) done better dramas, that didn’t make this one any less enjoyable.

So, a quick refresher on the plot: The bright and bubbly Tanaka Tamako (Maki Yoko) works at a male-dominated food company, where women are expected to smile and preen while the men ogle or grope them. However, after her childhood friend Fujimura Satsuki is sexually harassed by the CEO Ameki Taro (Sugimoto Tetta), Tamako decides to get her revenge by opening her own restaurant. On top of a building. With no roof. So if it rains, snows, or is below freezing, they’re screwed. Okay, so maybe Tamako didn’t think this all the way through, but this is a drama, so this is totally going to work out.

Tamako does initially come off as a little too wide-eyed and goofy, but she’s smarter than she looks and is actually pretty business-savvy, which intimidated her former boss. She’s confident in her beliefs and isn’t afraid to call out people when they’re wrong, yet Maki Yoko lends enough gravitas to the character to keep her from coming across as preachy or overbearing.

Tamako can’t run a restaurant by herself, so she recruits the help of several of her friends and former co-workers, who serve as our main characters and sources of conflict. It’s rather overwhelming to have all these characters thrown at us in the first episode with little rhyme or reason, but each one manages to get their own spotlight (some more than others), becoming the heart and soul of the show.

From left to right, there’s:

Despite how it sounds, Mondai no Aru Restaurant doesn’t really center around revenge or food, though we spend a good amount of time watching the girls of Bistrou Fou and the men of Symphonic try to one up each other like when they try to win some special bacon and I lost count of the many times pot-au-feu came on screen. At its core, Mondai no Aru Restaurant is a drama about women in society, not only how they are perceived and treated, but how it affects and shapes them individually, for better or worse, as the main cast come from very different walks of life.

There’s less clashing than expected (though there’s quite a bit of hilarious squabbling between the three youngest, Nitta, Kawana, and Chika) as the girls learn that running a restaurant is no easy task and have to put up with Symphonic’s attempts at shutting them down. However, Bistrou Fou becomes a safe haven for them as the girls must face and overcome their own struggles. Whether it was Nitta’s lack of confidence or Chika’s lonely past, working at the restaurant becomes a way for them to cope and grow as well as feel accepted for who they are.

With so many females, it’s no surprise that the males come of as rather one-dimensional, at least at first. It’s not that I doubt that there aren’t males out there that only view women as objects, but when you have our Big Bad Ameki asking Tamako point-blank to be his mistress after she lectures him, I can’t help but roll my eyes.

The only two male characters worth noting are Hoshino Daichi (Suda Masaki), Symphonic’s errand boy, and Monji Makoto (Higashide Masahiro), Symphonic’s chef and Tamako’s love interest. Hoshino seems nice enough, usually walking around with a goofy smile in spite of the fact that he’s usually getting kicked around by his superiors. He shows genuine interest in Nitta, lavishing her with compliments and taking care of her when Kawana ditches her on a group date, but even Hoshino has an agenda. He takes advantage of Nitta’s inexperience with men for his own gain, but of course in a drama all about empowering women, he gets his comeuppance.

I was way more invested in the story between Nitta and Hoshino then the one between Monji and Tamako, partly because the latter didn’t have much chemistry and partly because their relationship was just a way to develop Monji’s character, as Tamako, faultless, justice-seeking heroine that she is, ends the series the same way she started. Monji starts off unlikable as he unceremoniously dumps Tamako after she criticizes his cooking and seems the most invested in shutting down Bistro Fou. Though he’s not like his fellow co-workers, who tend to grope and flirt with any female, Monji’s indifference to their behavior doesn’t make him any better. It’s an aspect of Monji the righteous Tamako can’t accept and though he gets redeemed by the end, it was hard to overlook his brash and petty behavior at the beginning.

Mondai no Aru Restaurant was a comedy, first and foremost, so it could be melt your heart cheesy at times, but, setting aside most of the male cast, the characters felt real and were easy to empathize with. It takes a while to get going and the ending was a little anticlimactic, but I was glad to get to know these characters and their stories and more than a little reluctant to let them go.

Thoughts and ramblings of a drama lover